Threads Moving Backward and Forward: Contemporary Textile Artworks from Ohio will be exhibited in the Massillon Museum’s Fred F. Silk Community Room Gallery from April 2 through May 18, 2022.

The opening reception will be held on Saturday, April 2, from 1:00 to 3:00 p.m. concurrently with the launch of MassMu’s 2022 NEA Big Read and the opening of the Aultman Health Foundation Gallery exhibition, Un-settling: A Story of Land Removal and Resistance. The event is free and open to everyone. Both exhibitions complement the 2022 Big Read book selection, An American Sunrise by Native American and US Poet Laureate Joy Harjo. Free copies will be available.

Threads Moving Backward and Forward, a small group exhibition of Ohio artists, will emphasize textile artwork by women and people of color to establish a conversation between the function of fiber arts across cultures and traditions. It features artwork by Jo Westfall, Canton; Malcolm Dakar!, Lorain; Benedict Scheuer, Columbus; and Katie Mongoven, Cleveland Heights.

In her poems, Harjo recounts times when traditional craft techniques among her people were forbidden. Maintaining traditions can be a powerful statement of defiance under oppression. Artists in this exhibition honor those who have been makers before them, while using this language to tell stories for the future, according to exhibition curator Stephen Tornero.

Tornero wrote: “The skilled processes shown here, including weaving, dyeing fabric, and embroidery are part of traditions handed down from generations. A thread goes backward and connects to ways of making and creating that were invented thousands of years ago. These techniques have a language that goes beyond color, shape, and line. Some practice these traditional methods to preserve a culture. Others are called to these methods of creation because of a desire to enrich their process. Some have a personal memory or experience of seeing these fiber art processes, coming to discover them later and completing that deferred journey.”

“As artists we seek to push these techniques into the future,” Tornero says. “We pull the thread of tradition forward and use it to create.”

Tornero was recently honored as Art Educator of the Year in the Stark County Education Services Center region. A Canton resident, he earned a bachelor of arts in art education and a master of arts from Kent State University. He teaches seventh and eighth grade art at Oakwood Middle School in the Plain Local School district. He has previously taught at the Massillon Museum and ArtsinStark programs.

In an effort to reduce her participation in global pollution and waste, Jo Westfall began to source supplies for textiles by collecting discarded materials. It fascinates her to reveal surprisingly fibrous qualities in castoff items by manipulating them in woven assemblages.

Malcom Dakar! Enjoys experimenting with his work and finds a pleasantness that comes with not knowing exactly how something will turn out. He tries not to create too seriously, approaching things with a childlike mindset and keeping an open mind to all creative possibilities. He endeavors to evoke good feelings and memories. When someone views his work and feels good or recalls a time they were happy, he feels he has done his job.

Benedict Scheuer writes: “In my garden, as a stem sprouts into a buoyant and wandering line, it does so in conjunction with sensations gathered from environmental stimuli such as temperature, light, moisture, and threats. Any decisions made come not from the plant alone, but from the relationship it maintains with the surrounding ecosystem. In my studio, I reflect on my own relationship to ecosystems. Resting my mind at the seam between body and nature, I open myself to the possibility of drawing as an overlooked miracle that binds the two together. My work is about this—an advocation of ecological belonging for everyone. It is all in the lines.”

Katie Mongoven, whose original Chinese name translates to “Autumn Lotus,” wonders what seeds lie within her and are pushing to the surface? Her embroideries are stitched portraits, stories stabbed into cloth, offering memories and reflections. Inspired by relationships and mundane and dramatic moments in her life, she recreate raw and personal moments that touch upon a myriad of emotions in the semi-abstract form.

An initiative of the National Endowment for the Arts in partnership with Arts Midwest, the NEA Big Read broadens our understanding of our world, our communities, and ourselves through the joy of sharing a good book. This project is funded by the National Endowment for the Arts. One Tiger and Rotary Club of Massillon have provided additional Big Read funding.

NOTE: The exclamation point is part of Dakar’s name. 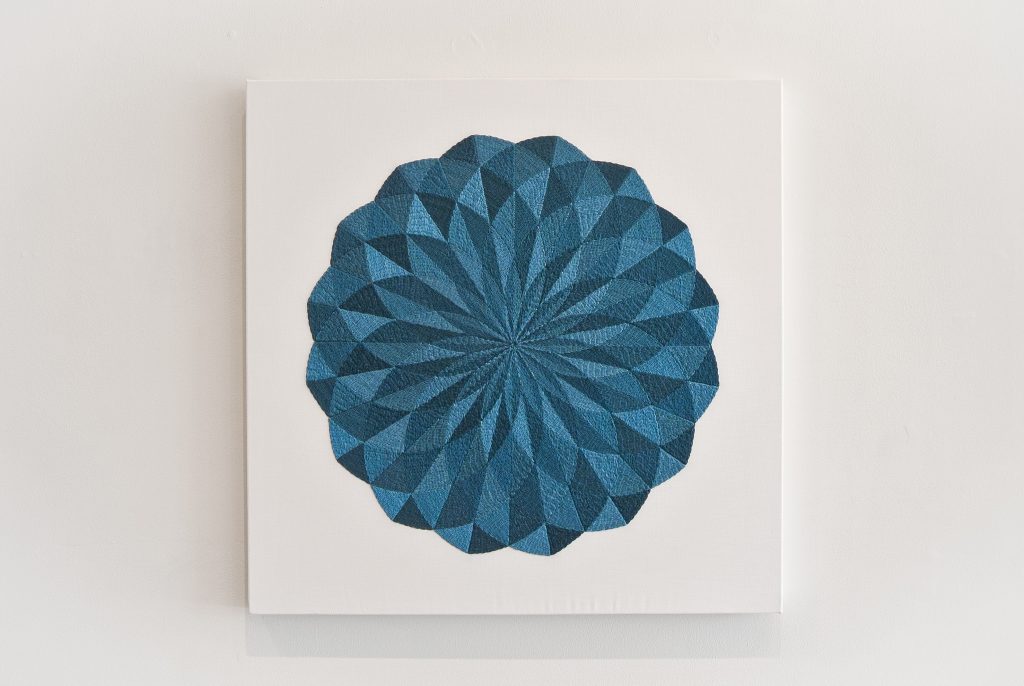