ArtsinStark exploring future use of performance space in two theaters

The Players Guild Theatre (PGT) is moving its organization and operations to Kent State University’s Stark campus following months of review and due diligence by the PGT Board of Directors, leaving the 416-seat main stage and 139-seat black box space open for new opportunities and cultural experiences at the Cultural Center for the Arts, located in downtown Canton.

PGT informed ArtsinStark, which owns and operates the Cultural Center, on June 23, 2022, of its intention to leave the building. The two organizations met on June 29 to discuss details of the separation.

PGT Board President Dan Sibila noted four reasons for the move after 51 years of performances in the Cultural Center. “Moving to Kent State Stark provides a business model that, one, builds a partnering program with a well-funded higher education system; two, creates a collaborative program with KSU students and faculty that drives our collective goal of arts enrichment within Stark County; three, provides student internships and practicum opportunities with one PGT title being produced in total collaboration with Kent State students and faculty; and four, creates a farm system to cultivate future producers and management, thereby ensuring organizational longevity,” Sibila said.

The move to a university campus echoes a trend of Northeast Ohio performing arts companies that have made similar moves. Ohio Light Opera is housed at the College of Wooster and Rubber City Theatre is now a resident theatre group at The University of Akron.

PGT intends to vacate the Cultural Center space on August 31, 2022.

ArtsinStark will move forward with plans for expanded programming opportunities for the theatre spaces. Earlier this year ArtsinStark retained Webb Management Services, a national company with representation in Ohio that provides consulting services to the arts and cultural industries, to undergo a three-phase cultural asset study that includes an assessment of the Cultural Center campus. The assessment was paused during the PGT’s due-diligence period so that a Phase I report can include the future use of the 37,000-square feet theatre space that in addition to performance spaces includes offices, rehearsal space, a green room, lobby, and dressing rooms.

ArtsinStark Board Chair Janet Weir Creighton indicated strong support for the future success of the Players Guild Theatre. “The Players Guild Theatre has a history dating back to 1932, having produced more than 600 productions, and the entire ArtsinStark Board of Directors expects our community will support the organization’s new business model and home,” she said. “We’re excited for PGT’s partnership with KSU Stark and equally excited to take advantage of the wonderful space being vacated for more programming and arts opportunities.”

Dr. Denise A. Seachrist, dean and chief administrative officer at Kent State University’s Stark campus, said, “The KSU Stark students and faculty are excited to welcome the Players Guild Theatre to perform on the Mary J. Timken stage. The new Players Guild business model will complement our fine arts program for both current and future students.”

ArtsinStark is a 52-year-old nonprofit corporation that has served the Stark County community by leveraging the arts as a vehicle to create new jobs, smarter kids, and healthier communities. In addition to owning and operating the Cultural Center for the Arts, ArtsinStark represents more than 900 cultural organizations, individual artists, and makers who nourish Stark County.

About the Players Guild Theatre

The Players Guild Theatre was founded in 1932 and is recognized as one of the oldest continually operating theatres in the nation. Today the theatre is operated by a full-time professional staff and presents world-class productions and outreach opportunities for our community.

Kent State University has had a Stark County presence dating back to 1910. Today, the Stark campus serves more than 7,000 students annually, offers the core courses for Kent State’s more than 340 undergraduate programs of study or and more than 25 bachelor, master’s, associate and online degrees that can be completed entirely at the Stark campus. 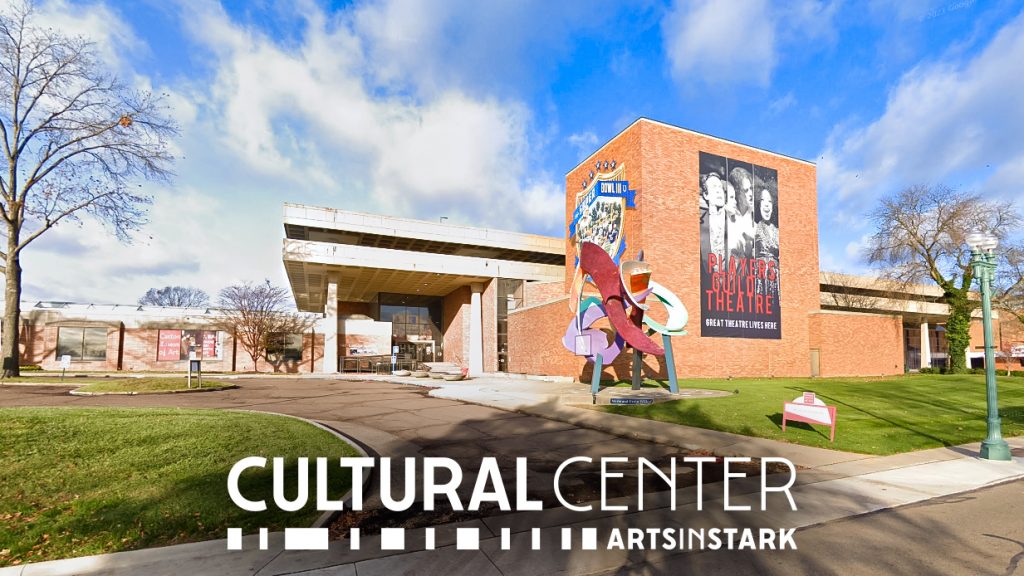