The Canton Symphony Orchestra welcomes Professor Charles McGuire to our February 11th ConverZations.  Professor McGuire joins us from Oberlin College Conservatory to talk about the composers and their works to be performed on our March 2 MasterWorks concert.  ConverZations has been made possible, in part, by Ohio Humanities, a state affiliate of the National Endowment for the Humanities.  Any views, findings, conclusions or recommendations expressed in this program do not necessarily represent those of the National Endowment for the Humanities.
On March 2, the Canton Symphony Orchestra performs the MasterWorks concert “Humor in Music.”  The composers on this concert are famous for inserting wit and sarcasm into their music, some because of their temperament, and others because of their circumstances in life.  One particular composer, Dmitri Shostakovich, often wrote sarcastic pieces of music as a tongue-in-cheek commentary of living in Russia during Stalin’s regime.  Professor McGuire’s lecture covers how these circumstances lead to the style of Shostakovich’s compositions and to a lesser extent the same ideas in the writings of Haydn and Saint-Saëns.
Professor Charles McGuire’s areas of scholarly interest include the music of Edward Elgar, Ralph Vaughan Williams, the British music festival, sight-singing techniques, and the intersection of choral singing and moral reform movements. His publications include the monographs Music and Victorian Philanthropy: The Tonic Sol-fa Movement (Cambridge University Press, 2009), Elgar’s Oratorios: The Creation of an Epic Narrative (Ashgate, 2002) and The Historical Dictionary of English Music (Scarecrow, 2011), which he co-authored with Oberlin colleague Prof. Steven Plank.
He has presented papers at numerous international musicological conferences, and is a frequent invited speaker for panel discussions and pre-concert talks. Mr. McGuire holds a B.A. and a B.Mus. from both Oberlin College and the Oberlin College Conservatory of Music, and an A.M. and Ph.D. in music from Harvard University. He has taught in various capacities at Harvard University, Ball State University, the University of Maryland at College Park, and James Madison University. He returned to Oberlin in 2001.
ConverZations is a series of free public discussions, held at the Zimmermann Symphony Center (2331 17th Street NW) and scheduled the second Monday of every month through April 2019.  Attendees are invited to bring their lunch to the lecture, and the CSO provides coffee and light desserts.  For more information on upcoming ConverZations lectures and other Canton Symphony Orchestra events, visit www.cantonsymphony.org.
Founded in 1937, the Canton Symphony Orchestra is a fully professional ensemble and organization dedicated to performing concerts that enrich, educate and entertain residents of Stark County and beyond. The orchestra performs classical, holiday, casual, and a variety of educational programs in Umstattd Performing Arts Hall, adjacent to the Zimmermann Symphony Center at 2323 17th Street NW, Canton, Ohio, as well as other venues in Stark County. For more information, please visit www.cantonsymphony.org or call (330)452-2094. Administrative offices are located at the Zimmermann Symphony Center 2331 17th Street NW, Canton OH 44708. 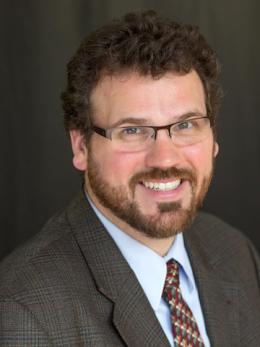