The North Canton Area Chamber of Commerce has announced that its inaugural North Canton Craft Beer Festival is slated for May 18, 2019 and will showcase eight Stark County region brewers, and their special guests at MAPS Air Museum.

MAPS Air Museum, located at the Akron-Canton Airport, is an ideal backdrop for a fun evening exploring, mingling, and celebrating what sets the North Canton area apart. The Akron-Canton Airport has generously signed on as presenting sponsor for the festival, providing an even stronger connection to the event’s aviation theme.

“The North Canton area is vibrant and has so much to offer,” said Doug Lane, President of the North Canton Area Chamber of Commerce. “Our beer festival looks to highlight the businesses, points of interest and incredible environment we have here. This event not only celebrates our current residents, but also invites folks from outside the city to explore what makes our area so special.”

Plus, each local brewery will invite a special “guest” brewer. In total, there will be sixteen brewers and attendees will have the chance to sample twenty-five brews.

Those looking for extra time to chat with brewers, sample beer and make a “snacklace” can purchase a VIP ticket which grants access an hour early with entertainment options not available to standard ticket holders.

Tickets go on sale February 8, 2019 at 8 a.m. at https://squareup.com/store/northcantonchamber/. Follow the North Canton Chamber of Commerce’s Facebook page to watch the unveiling of “guest” brewers.

While this event is for individuals 21 and older, the Chamber encourage attendees to visit the participating breweries’ taprooms with their families. Our local taprooms are a family-friendly way to spend time together, try new food and meet your neighbors.

Anyone seeking additional event information should contact the North Canton Chamber of Commerce at 330.499.5100. 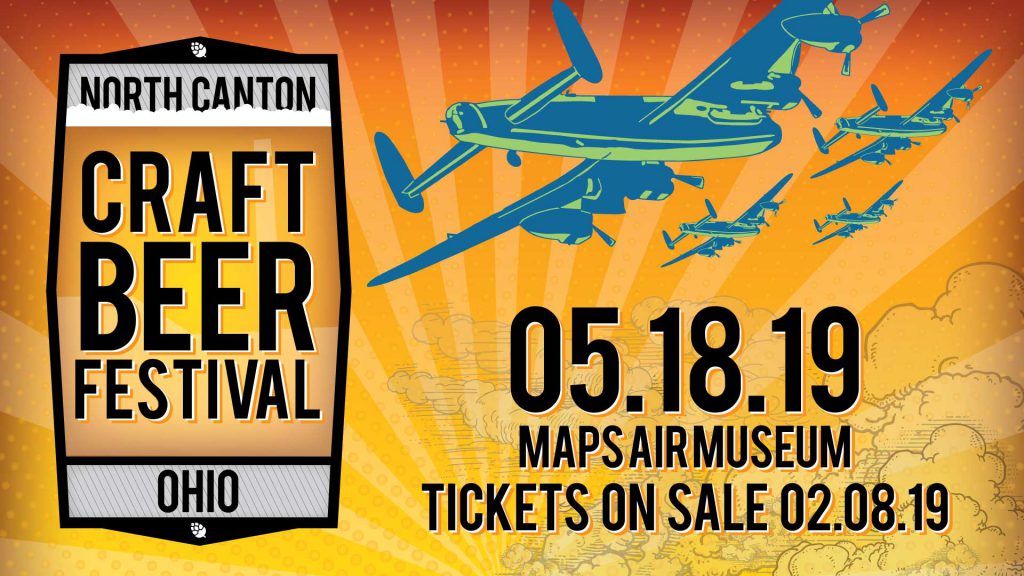