The Massillon Museum has been selected to receive a prestigious National Endowment for the Arts (NEA) grant to fund its twelfth annual NEA Big Read. MassMu, among 79 institutions in the nation, is one of only two Ohio organizations to be selected.

The National Endowment for the Arts will bring communities across the country together over the next year to read, celebrate, and connect over great works of literature. The NEA has announced NEA Big Read grants totaling more than $1 million to organizations to host projects between September 2018 and June 2019 in 34 states plus Puerto Rico. The NEA Big Read is a national initiative of the National Endowment for the Arts in partnership with Arts Midwest, which broadens our understanding of our world, our communities, and ourselves through the joy of sharing a good book. The main feature of the NEA Big Read is a grants program, which is managed by Arts Midwest.

“The Massillon Museum is honored and thrilled to host the NEA Big Read for its twelfth consecutive year! Next spring, the Museum with the Massillon Public Library and numerous community partners will celebrate Burning Bright by Ron Rash,” said Education and Outreach Manager Megan Fitze, who organizes MassMu’s Big Read program.  During its 2018 six-week-long runthe Museum and its partners distributed 1,500 free books, presented 30 public events, and engaged more than 2,200 people.

“The National Endowment for the Arts is proud to support opportunities for communities across the nation, both small and large, to take part in the NEA Big Read,” said NEA Acting Chairman Mary Anne Carter. “This program encourages people to not only discuss a book together, but be introduced to new perspectives, discuss the issues at the forefront of our own lives, and connect with one another at events.”

Massillon Museum in Ohio developed an exhibition by fantasy artist Charles Vess, featuring original illustrations that will be included in the forthcoming 50th-anniversary edition of Ursula K. Le Guin’s A Wizard of Earthsea. Vess also gave a keynote address, shared insights on his personal correspondences with the late Le Guin, and connected with high school students. (In the coming year, Massillon Museum will present programming around Ron Rash’s Burning Bright.)

The Massillon Museum has been selected to participate annually in The Big Read since 2008. Since that time, the Museum has distributed about 25,000 free copies of literary classics and books destined to become classics to schools, organizations, and individuals in Stark County, offering dozens of free programs to enhance the reading experience.  Previous books have included:Call of the Wild, The Age of Innocence, The Shawl, Tom Sawyer, The Poems and Short Stories of Edgar Allan Poe, To Kill a Mockingbird, Fahrenheit 451, Old School, In the Time of the Butterflies, True Grit, and A Wizard of Earthsea.

Each year, the Massillon Museum collaborates with many area partners to broaden the opportunities for readers to enhance their understanding and enjoyment of the book selection. Showcasing other venues and providers draws attention to their resources while it enhances the NEA Big Read experience for the public.  Since the beginning of the NEA Big Read, the Massillon Public Library, Stark Parks, and Washington High School drama department have been among the many partners.

The list of events for the Massillon Museum’s 2019 NEA Big Read will be announced early next year.

About the NEA Big Read

Since the program began in 2006, the National Endowment for the Arts has funded more than 1,400 NEA Big Read programs, providing more than $19 million to organizations nationwide. In addition, Big Read activities have reached every Congressional district in the country. Over the past 11 years, grantees have leveraged more than $44 million in local matching funds to support their NEA Big Read programs. More than 4.9 million Americans have attended an NEA Big Read event, approximately 82,000 volunteers have participated at the local level, and 39,000 community organizations have partnered to make NEA Big Read activities possible. For more information about the NEA Big Read, please visit arts.gov/neabigread.

About the National Endowment for the Arts

Established by Congress in 1965, the National Endowment for the Arts is the independent federal agency whose funding and support gives Americans the opportunity to participate in the arts, exercise their imaginations, and develop their creative capacities. Through partnerships with state arts agencies, local leaders, other federal agencies, and the philanthropic sector, the NEA supports arts learning, affirms and celebrates America’s rich and diverse cultural heritage, and extends its work to promote equal access to the arts in every community across America. Visit arts.gov to learn more about NEA.

About the Massillon Museum

The Massillon Museum, where art and history come together, is a center for cultural excitement in Northeastern Ohio.  Main gallery exhibitions rotate six times a year.  As part of the Museum’s current expansion project, the Paul Brown Museum, a new Studio M, and an event space will join The Immel Circus, an expanded shop, and new galleries this fall.  The Massillon Museum is located at 121 Lincoln Way East in the heart of downtown Massillon.  Admission and street parking are free.  For more information, call 330-833-4061 or visit massillonmuseum.org. 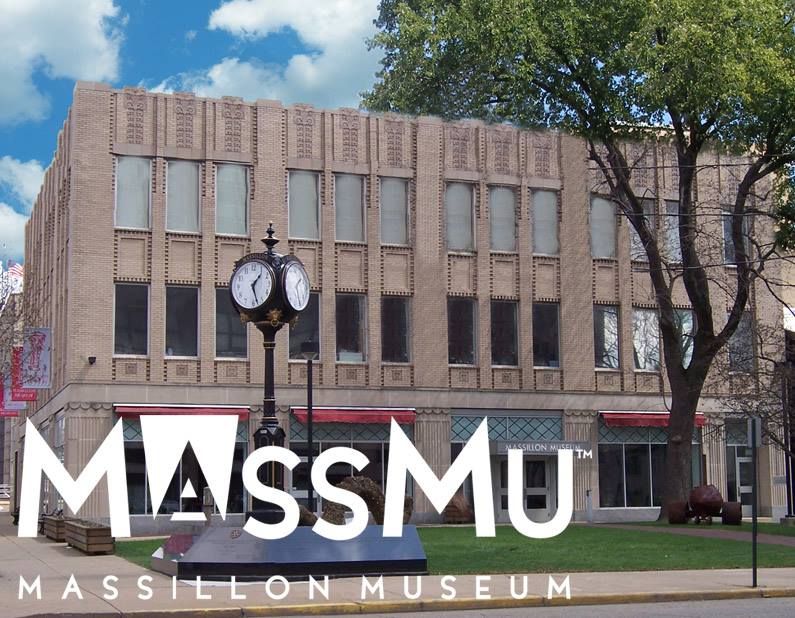