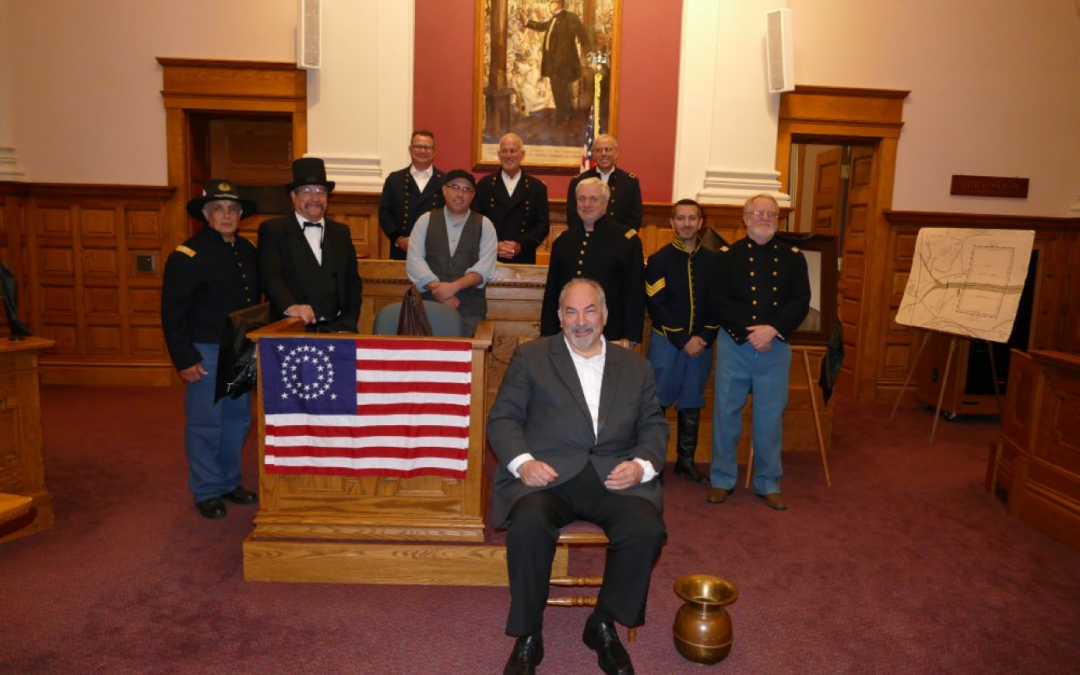 The Stark County Courthouse Bicentennial Committee is concluding its bicentennial celebration and thanking the public for its contributions by inviting the community to a free public performance of the compelling Civil war courtroom drama of The Andersonville Trial, on Friday, August 31st, at 7:30pm., in the McKinley Courtroom of the Stark County Courthouse. Seating is limited, and reservations are encouraged by calling 330-451-7704 or e-mailing mmheller@starcountyohio.gov. It is not recommended for children due to the grim nature of the testimony.

The production will be a reprise performance by the Stark County Courthouse Players, an all-volunteer company of a dozen local lawyers and judges who have performed this historically based play as legal outreach throughout Ohio for several years, and for its 150th anniversary at the actual court in Washington, D.C. in which it was tried. Andersonville was the name of the Confederate prisoner of war camp in Georgia where nearly 14,000 Union soldiers died of starvation, exposure and disease. The Swiss born Confederate Captain and commander of the camp was the only military officer tried for war crimes following the Civil War. The play is a dramatized version of the lengthy trial in which the defense insisted the Defendant was following orders. The Courthouse Players have received glowing reviews from many audiences. It followed their production of Twelve Angry Men, originally performed for Law Week 2009, and recently reprised as well.