A Northeast Ohio holiday tradition for over 50 years, this stunning production will delight audiences of all ages with its elaborate and authentic costuming, grand sets, and unforgettable dancing — all set to Tchaikovsky’s cherished score.

Performances of The Nutcracker are Friday, December 9 at 7:30PM, Saturday, December 10 at 2:00PM, and Sunday, December 11 at 2:00PM. The Canton Palace Theatre is located at 605 Market Avenue North in the downtown Canton Arts District.

Canton Ballet’s The Nutcracker is sponsored by Arts in Stark, Visit Canton, Ohio Arts Council, National Endowment for the Arts, and The Leibensperger Family Foundation.

Tickets are available online at www.cantonballet.com or by calling the Canton Ballet ticket office at 330-455-7220. Performances of The Nutcracker are expected to sell out, so purchasing tickets early is encouraged.

About Canton Ballet
Canton Ballet has fostered an appreciation of the art of dance throughout the region for over 50 years. Under the guidance of Artistic and Executive Director Cassandra Crowley, the Ballet is regarded as one of the most admired pre-professional dance companies in Ohio, and its School provides the highest quality of instruction for all ages and skill levels, toddler to adult. Each year, Canton Ballet performs public and school performances at the Palace Theatre for audiences to enjoy. This season’s performances include Celebrate Dance!, The Nutcracker, and Alice in Wonderland.

About Hee Seo
Born in Seoul, South Korea, Hee Seo began her ballet training in her hometown at the Sun-hwa Arts Middle School. She was awarded a three-year full scholarship to continue her training at the Universal Ballet Academy in Washington, D. C. In 2003, Seo won a scholarship to train at the John Cranko Ballet Academy in Stuttgart. She is the recipient of the 2003 Prix de Lausanne Award and the 2003 Grand Prix at the Youth American Grand Prix in New York.

Seo joined the American Ballet Theatre Studio Company in 2004, became an apprentice with the main Company in May 2005, and joined the corps de ballet in March 2006. She was promoted to Soloist in August 2010 and to Principal Dancer in July 2012. Her repertoire with the Company includes Terpsichore and Polyhymnia in Apollo, Nikiya, Gamzatti, a Lead D’Jampe, and a Shade in La Bayadère, Cinderella in Frederick Ashton’s Cinderella, Twig in James Kudelka’s Cinderella, Prayer in Coppélia, Medora in Le Corsaire, Kitri, Mercedes, the Dryad Queen, and a flower girl in Don Quixote, The Dying Swan, Glove Seller in Gaîté Parisienne, Giselle and Zulma in Giselle, Queen of Shemakahn in the Golden Cockerel, and Pierrette in Alexei Ratmansky’s Harlequinade, among many others.

About Zachary Catazaro
Zachary Catazaro was born in Canton, Ohio, and began his dance training at the School of Canton Ballet under Cassandra Crowley, Angelo Lemmo, and his mother Jennifer Catazaro Hayward. Zachary studied at the School of American Ballet, the official school of the New York City Ballet in 2006. In October 2007, he became an apprentice with New York City Ballet and joined the company’s Corps de Ballet in October of 2008. He was promoted to Soloist in February 2014 and elevated to Principal Dancer in 2017. Notable featured roles at New York City Ballet include the titular role in George Balanchine’s Apollo, Tchaikovsky Pas de Deux, Romeo in Peter Martins’ production of Romeo + Juliet as well as Prince Siegfried in Martins’ full-length production of Swan Lake, among many others. Zachary has also been featured in Jerome Robbins’ West Side Story Suite as Tony and Bernardo and performed in Robbins’ Dances at a Gathering and NY Export: Opus Jazz. In 2018, he was featured in Walt Disney’s film The Nutcracker and the Four Realms dancing with American Ballet Theater’s Misty Copeland. Most recently, he has been a guest Principal at Bayerische Staatsballett and Étoile Ospite with Teatro Dell’Opera di Roma. Zachary joined Cleveland Ballet in 2021. 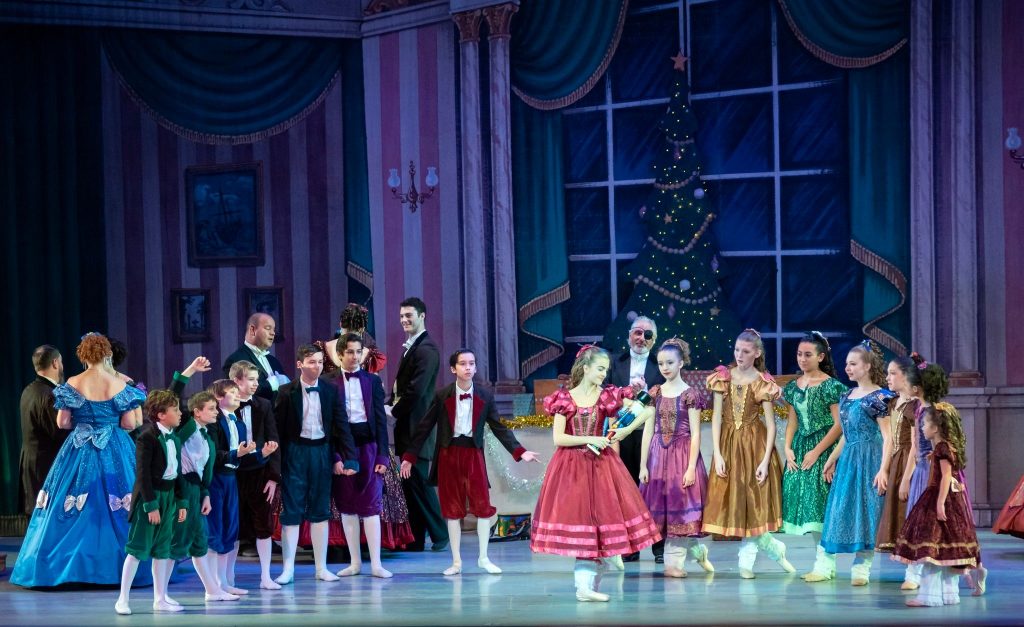