Guest choreographer Zachary Catazaro has created a new piece for the performance in the neoclassical style using pointe shoes and tennis shoes for an innovative, cutting-edge piece, set to music by SebastiAn.

Canton Ballet’s Choreographer in Residence Angelo Lemmo has two works on the program. His first piece “Accelerate,” inspired by the acceleration of energy, was selected for performance at the Regional Dance America/Northeast Festival in May 2022. His second work is a highly energetic neoclassical ballet piece on pointe aimed at showcasing the dancers’ strengths and abilities.

Canton Ballet’s Executive & Artistic Director Cassandra Crowley has created a new work for the young apprentices. The ballet, to Strauss’s “Morgenblätter,” highlights the dancers’ youthful exuberance and joy of movement.

Chelsea Shump, a Canton Ballet dance instructor, brings her impressive moves and knowledge of jazz to her piece for an energetic new work, set to the sounds of “Boogie Fever.”

Company member Mya Frank, a Louisville High School senior, will present an enchanting solo from Don Quixote the ballet: “Queen of the Dryads.”

Dancers will also perform “Puss in Boots and the White Cat” from the ballet Sleeping Beauty — a classic ballet piece with a unique comedy twist.

Finally, Canton Ballet is excited to welcome members of the cast of New Direction Performing Arts Academy’s Annie to the program, who will perform “It’s a Hard Knock Life,” choreographed by Molly Weidig. Annie is directed by Carrie Alexander Spina and will open at the Canton Cultural Center Main Stage in November. Canton Ballet looks forward to many more collaborations and partnerships with this arts education organization.

Special thanks to VisitCanton for its support of Celebrate Dance!

Tickets for Celebrate Dance! are $22 — available online at www.cantonballet.com or by calling the Canton Ballet office at 330-455-7220. Tickets are general admission.

About Canton Ballet
Canton Ballet has fostered an appreciation of the art of dance throughout the region for over 50 years. Under the guidance of Artistic and Executive Director Cassandra Crowley, the Ballet is regarded as one of the most admired pre-professional dance companies in Ohio, and its School provides the highest quality of instruction for all ages and skill levels, toddler to adult. Each year, Canton Ballet performs public and school performances at the Canton Palace Theatre for audiences to enjoy.

About Zachary Catazaro
Zachary Catazaro was born in Canton, Ohio, and began his dance training at the School of Canton Ballet under Cassandra Crowley, Angelo Lemmo, and his mother Jennifer Catazaro Hayward. Zachary studied at the School of American Ballet, the official school of the New York City Ballet in 2006. In October 2007, he became an apprentice with New York City Ballet and joined the company’s Corps de Ballet in October of 2008. He was promoted to Soloist in February 2014 and elevated to Principal Dancer in 2017. Notable featured roles at New York City Ballet include the titular role in George Balanchine’s Apollo, Tchaikovsky Pas de Deux, Romeo in Peter Martins’ production of Romeo + Juliet as well as Prince Siegfried in Martins’ full-length production of Swan Lake, among many others. Zachary has also been featured in Jerome Robbins’ West Side Story Suite as Tony and Bernardo and performed in Robbins’ Dances at a Gathering and NY Export: Opus Jazz. In 2018, he was featured in Walt Disney’s film The Nutcracker and the Four Realms dancing with American Ballet Theater’s Misty Copeland. Most recently, he has been a guest Principal at Bayerische Staatsballett and Étoile Ospite with Teatro Dell’Opera di Roma. Zachary joined Cleveland Ballet in 2021. 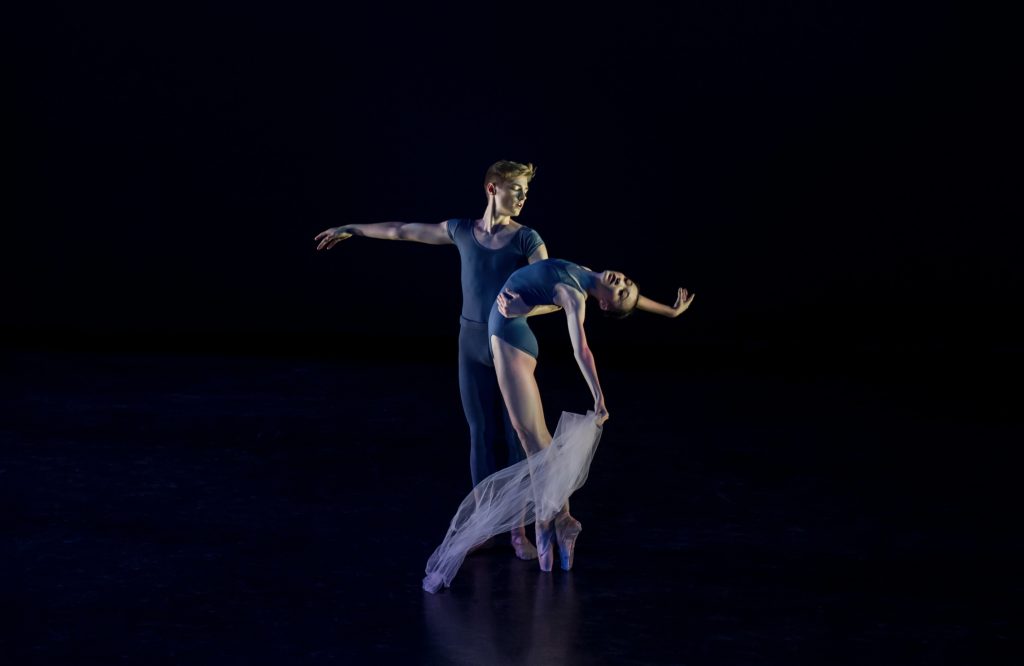