Canton, OH—ArtsinStark launched its Annual Arts Campaign “Start with Art” on Monday, April 5, with a raffle contest, an all-new campaign website and newly created video series featuring eight community leaders and honorary campaign chairs who discuss the importance of contributing to the campaign.

The raffle and virtual campaign are a response to the COVID-19 pandemic, which has restricted traditional campaign activities and events. Anyone can make a pledge now at www.artsinstark.com.

“We hope to engage with the community at this time, when it’s hard to meet in person, to ensure the arts and creative sector in Stark County will be there and will be strong when it’s time to come back to fully functional operations,” said ArtsinStark President and CEO David Whitehill. “We hope community members will support the campaign and also find ways to ‘Start with Art’ in their own lives.”

Funds raised through the campaign, which will last into the summer, will support ArtsinStark’s mission in the following areas:

Each honorary chair appears in one of the “Start with Art” videos that can be viewed on the campaign website. One video will be released each week during the month of April.

To incentivize donors this year, ArtsinStark has created a raffle for four one-of-a-kind arts experiences. Prizes include Play the Organ at the Palace with a movie party; Cultural Center plaza party and name the alley; mural painting party and dinner; and a night out in downtown Canton. The more an individual donor contributes, the more chances the donor has to win.

The Annual Arts Campaign wouldn’t be possible if it weren’t for many supportive area workplaces that support the mission of ArtsinStark by hosting their own Workplace Arts Campaigns. If your workplace would like to participate, contact David Lee at dlee@artsinstark.com

The arts are a vital part of our community and ArtsinStark needs your support to keep Stark County a vibrant place to live. Want to help? Make your pledge now at www.artsinstark.com.

BACKGROUND: ArtsinStark uses the arts to create smarter kids, new jobs, and healthier communities. It is a 50-year-old private, non-profit organization that gives out grants, owns and operates the Cultural Center for the Arts, runs the Annual Arts Campaign, and ensures arts programs are in Stark County schools though the SmArts Program and Genius Project. The annual budget is $3 million. ArtsinStark raises funds each spring through the Annual Arts Campaign. ArtsinStark is the only united arts fund drive in America to ever make its goal for 15 years in a row. More at www.ArtsinStark.com. 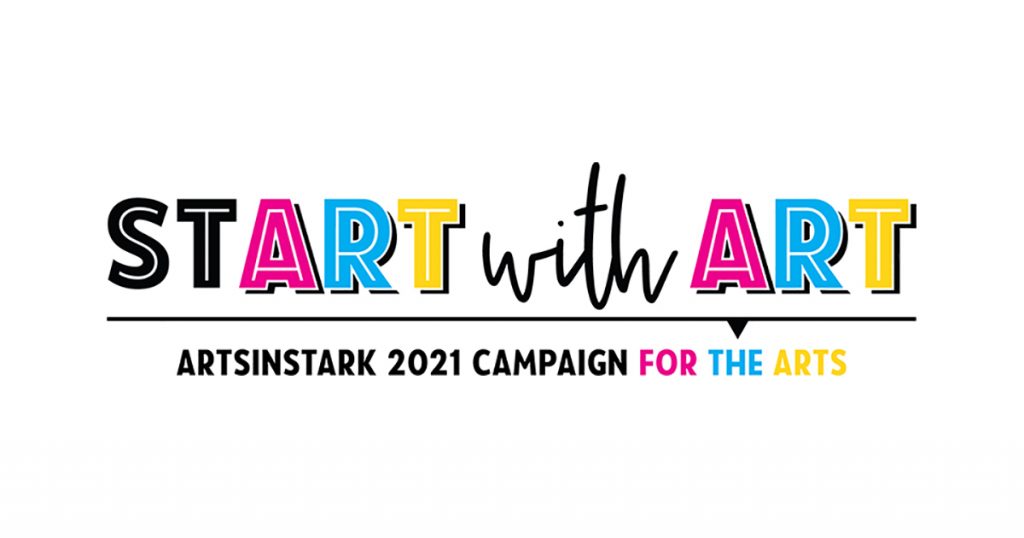