ArtsinStark Gives Out $1.2 Million in Grants

At its December 11 board meeting ArtsinStark’s Board of Directors approved $1,189,000 in grants to 66 organizations and individual artists across Stark County.  Grants were awarded in four categories: Major Arts Organizations (7), Special Projects, (19) SmArts (22), and 20/20 Vision (18). “This roughly $1.2 million is all raised through the Annual Arts Campaign each spring” says ArtsinStark board chair Brian Zimmerman, “In fact, 75% of the dollars we raise each year go across Stark County to change lives through the arts.”

The first category is Major Arts Organization Grants which go to the seven major arts organizations.  “These big arts organizations attract more than 150,000 people a year,” says committee chair Duncan Darby, “and much of that audience is tourists whose economic impact is growing every year.”

The second category is Special Project Grants which go this year to 19 smaller arts organizations, non-profits, and individual artists and totals $33,000.  The Alliance for Children & Families got a grant to create artwork in new homes for families who were formerly homeless.  The North Canton Public Library received funds for a new “artwalk” as part of the annual Main Street Festival.  Spring Hill Historic Home in Massillon was awarded dollars to present a live theatre series.  “Over the last 14 years we’ve awarded more than $2 million in 900 Special Project Grants to every single community in Stark County,” says committee chair Vicki Conley, “and the impact on families and kids has been amazing.”

SmArts Grants are the third category.  They go to school systems that want to partner with ArtsinStark to supercharge learning.  “We’ve put 250 SmArts projects for 30,000 kids in every one of the 17 public school districts in Stark County and all the Catholic Middle and Elementary Schools,” says committee chair Livvy Mull.  The chart below shows all the SmArts Grants processed to date with more still coming.

The fourth category is 20/20 Vision Grants.  In 2012 ArtsinStark completed a countywide arts and economic development plan called 20/20 Vision.  “One of the focuses was revitalizing downtowns,” says ArtsinStark CEO Robb Hankins. Halloweenfest in Louisville got funding to host a one-day event around the grand opening of the new UnHitched Brewery and the upcoming “Umbrella Alley.”  Another grant went to Jupiter Studios in Alliance to host an OddMall Fest in their downtown.  The North Canton Playhouse received funding to present a series of acting workshops for young people.  The chart below represents 20/20 Vision grants allocated to date, with aggregate projects indicating a number of grants were made to support a larger effort.

ArtsinStark uses the arts to create smarter kids, new jobs, and healthier communities.   We are a 50 year old private, non-profit organization that gives out grants, owns and manages the Cultural Center, and runs the Annual Arts Campaign — and much more (Canton Arts District, First Fridays, SmArts Program, the Genius Project, 20/20 Vision, the ELEVEN, and the Canton Music Block).  Our annual budget is $3 million.  What we don’t earn, we raise each spring through the Annual Arts Campaign.  In May 2019 we raised $1.66 million to become the only united arts fund drive in America to ever make goal for 14 years in a row.  More at www.ArtsinStark.com. 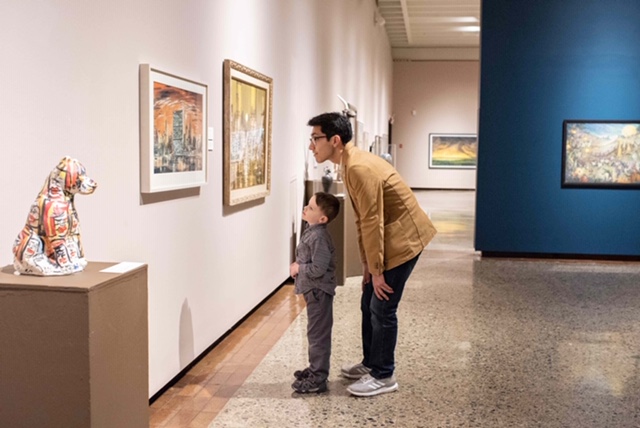