It was fitting that the site for a jubilant ArtsinStark victory lunch on Wednesday was the new Hercules apartments at 1000 Market Street South.  President and CEO of Beaver Excavating Mark Sterling, who chaired this year’s Annual Arts Campaign, began by praising the arts for bringing downtown living back to Canton and communities across Stark County. “I’ve watched the Arts District absolutely transform this downtown, and seen what the arts are doing in Minerva, Alliance, Louisville, Massillon and other places,” said Sterling. “That’s the first reason why I agreed to chair this campaign.”  Sterling also said that then he was inspired by how the arts are supercharging learning in our schools and changing the way we attract tourists.  The tradition is that, before announcing how much the campaign has raised, the chair has to do something artsy.  To the delight of the crowd, Sterling tried his hand at playing drums with students and staff from ENRICHMENT.  Then, following his debut performance, Sterling shared the news that the campaign had raised just over $1,660,000 to make goal for an historic 13th year in a row.  “Mark Sterling has become a mountain mover for the arts,” said ArtsinStark Board Chair Emil Alecusan, CFO of Brewster Cheese.  “He has fought for the arts every step of the way to get us to goal, and is truly an inspirational leader.”

There are only 40 united arts fund drives in America that go out every year and try to raise dollars for all the arts in their communities, in efforts similar to what the United Way does in nearly 1,600 places.  ArtsinStark hosts the only one that has made its goal every single year since 2005.

The first $1.2 million raised from the campaign goes to support the seven largest arts groups: the Canton Ballet, Canton Museum of Art, Canton Symphony, Massillon Museum, Palace Theatre, Players Guild and Voices of Canton.  The next $460,000 is broken down across support for: 1) the Cultural Center for the Arts, 2) arts in schools programs, 3) downtown revitalization, 4) marketing, and 5) smaller grants that that reach every community in the county.  “Our overhead is the lowest in the nation,” said ArtsinStark CEO Robb Hankins, “roughly 92 cents of every single dollar raised goes right out the door to support programs.”
The success of the Annual Arts Campaign over the last 13 years is not just about dollars, but the programs it is able to support.  “Stark County’sseven largest arts organizations are now playing to sold out audiences and attracting tourists from everywhere,” says ArtsinStark Board Vice Chair Brian Zimmerman.  The campaign’s success has meant that nearly $2 million has gone to 600 smaller non-profits, schools, and artists in communities all across  Stark County.  It has supported $5 million in improvements to the Cultural Center for the Arts (which will be 50 years old in 2020).  It has put $500,000 into SmArts Programs and Genius Projects for 30,000 kids in schools.  It has helped create 35 new art galleries, restaurants, clubs and boutiques.  It has assisted with the installation of 100 pieces of public art, the creation of the Canton Arts District, and the monthly production of more than 130 First Fridays.  In the end, the programs supported by the Annual Arts Campaign reach more than 200,000 people a year. 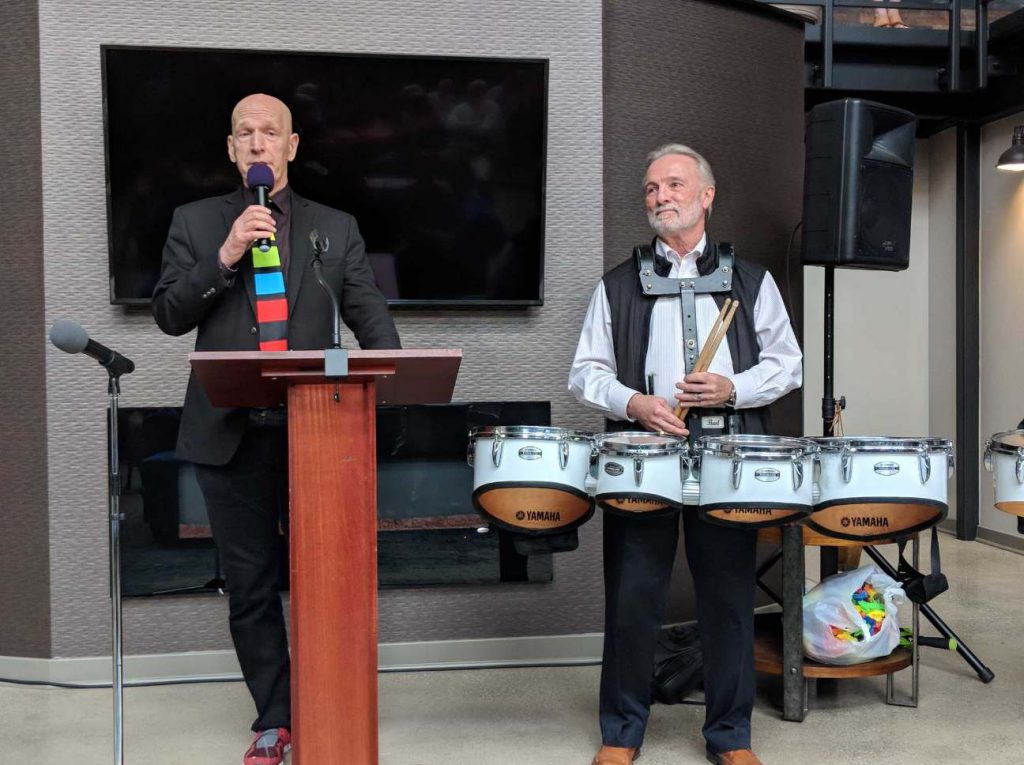