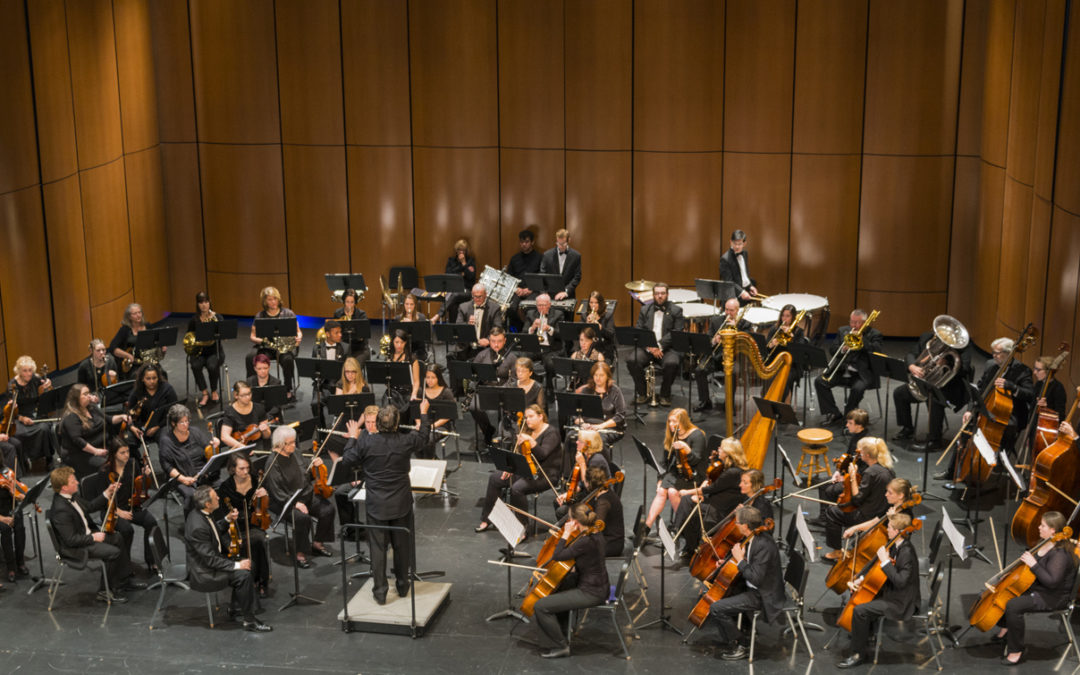 The Alliance Symphony Orchestra will present “American Composers” on Sunday, October 20 at 3 p.m. in Brush Performance Hall of the Giese Center for the Performing Arts on the Mount Union campus.

Eric Benjamin, Music Director of the Alliance Symphony Orchestra and an adjunct member of the music faculty at Mount Union, will conduct the program. Benjamin has been music director for the Alliance Symphony Orchestra since 2010. After graduating from the New England Conservatory with degrees in music education and orchestral conducting, he served as the resident conductor of the Akron Symphony and is currently the music director of the Tuscarawas Philharmonic. Benjamin has appeared as a guest conductor with orchestras in Canton, Columbus, Cleveland, Wooster and Erie, Pennsylvania.

This year’s soloist is Mount Union’s professor of piano Maira Liliestedt. Liliestedt earned a Bachelor of Music in piano performance from Bowling Green State University and a Master of Music and Doctor of Musical Arts degrees from the University of Cincinnati College-Conservatory of Music. Active as a performer, pedagogue and adjudicator, Liliestedt maintains a regular schedule of solo, chamber, and concerto performances, in addition to teaching.

Tickets are $10 for adults, $8 for seniors/veterans and all students are free. Tickets can be ordered online at mountunion.edu/boxoffice or by calling the Mount Union Box Office at (330) 821-2565. The Box Office, located in the Giese Center lobby, is open Monday-Friday, 2-4:30 p.m. when classes are in session and one hour prior to the start of the performance.