The Little Art Gallery of the North Canton Public Library will display the 78th Annual May Show May 1 through May 29, 2021.

The May Show is designed to recognize the talents and achievements of local artists. By exhibiting such works, the Little Art Gallery hopes to promote awareness of arts and to make fine art accessible to all. Artists living or working in Stark County were invited to submit entries for the annual juried show. The Little Art Gallery would like to thank all of the artists who submitted entries. This year’s exhibit was juried by Dennis Kleidon and Rose Kleidon. Awards were presented as follows.

This year’s May Show is a dramatic, mood-setting experience. Many of the strongest pieces contain an atmosphere within their messages, expressing fear, anxiety, serenity, and contemplation. Almost all of the submissions were technically competent. We saw many beautiful examples in pencil, watercolor, oil, acrylic and mixed-medium, and we commend all participants for this. The submissions that stand out also had something more to say—a message, a mood or a story that the artist tried to bring to the surface. These pieces make a statement beyond technical competency. These underlying messages give the show its personality.

Dennis Kleidon uses the power of creativity and the discipline of design thinking as an author, marketing communications executive, graphic designer and fine artist. He is Professor Emeritus at the University of Akron, co-founder of Kleidon & Associates, and the developer of Designer Grids and other products used by artists, designers and architects around the world. His paintings have been shown nationwide, and he is represented by galleries in New York City, Scottsdale, Phoenix, Israel and Italy. He has a Master’s from Illinois State University, a Bachelor of Fine Arts from Illinois Wesleyan University, and a teaching certificate from the Eggert Academy of Music in Chicago. He also studied architecture at the University of Illinois and worked as an architectural illustrator. Kleidon’s paintings have been shown recently at the Walter Wickiser Gallery in New York City, Gallery Andrea in Scottsdale, Art on Paper in New York City, Art Now Fair in Miami and the Los Angeles Modern & Contemporary Art Show. He is the author of Unleash Your Imagination: Transform Your Life. His artwork and book can be seen at denniskleidon.com. Kleidon’s paintings have been reviewed by Edward Lucie Smith, the world-renowned art critic. Recent articles about his paintings have appeared in Art & Antiques Magazine and the Frank Lloyd Wright Quarterly Newsletter. He has studios in Phoenix and Akron.

Rose Kleidon is an inveterate student and teacher, whose explorations of excellence in the arts are wide-ranging. A fiber artist, she has shown work at the Akron Art Museum and numerous craft shows. She is a co-founder of Kleidon & Associates, where she was for years the creative director, and is the president of Kleidon Publishing, for which she directed and edited many publications, among them several books about or for artists. Kleidon is also Professor Emeritus at the University of Akron, the author of two writing textbooks and two novels – with a third in process – as well as award-winning short stories and poetry. She is a graduate of Illinois Wesleyan University and the University of Illinois; she did additional academic work at Illinois State University, Northern Illinois University, and Northwestern University. Kleidon is a member of the Historical Novel Society and a founding member of the Historical Writers of America, as well as genealogist, sailor, gardener (the designer of an historically accurate herb garden for the Western Reserve Historical Society), award-winning baker, and weaver.

For additional information, please contact Elizabeth Blakemore at 330.499.4712 or gallery@northcantonlibrary.org. 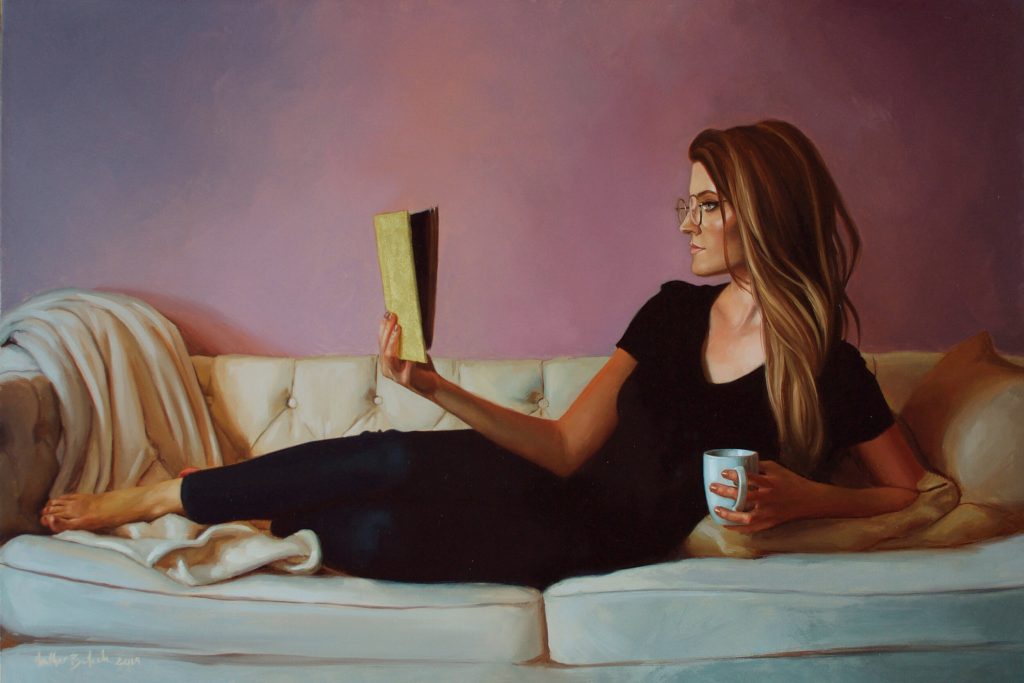